A list of life members of Adelaide Bushwalkers - rewarded for their contribution to the club. 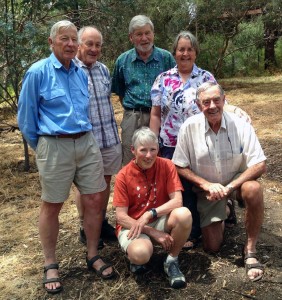 For the benefit of club members, here is a list of Life Members:

The founder of Adelaide Bushwalkers, Bill Lindsay and another foundation member Margaret Arnott – Rogers were also Life Members. Bill died in 1969 and Margaret died in 2002.