The following is the text of a letter to the Committee from Life Member, John Bartlett recommending Mark Proctor for Honorary Life Membership. 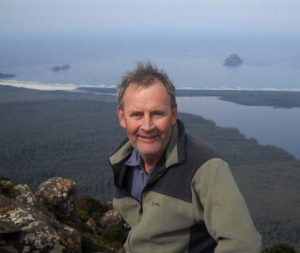 Mark Proctor has given outstanding service to Adelaide Bushwalkers, and I believe that his contribution should be recognised in a positive way.

I can recall getting to know Mark on a walk during the May 2003 long weekend in the Mt Falkland/ Aroona Valley area of the Flinders Ranges. I believe this walk was in the early stages of his membership of ABW.

Since then, Mark has contributed to ABW in many ways, and I list some of these contributions that I can recall:

Mark has been able to use his professionalism, administration and leadership skills as well as his computer technology skills to good effect in his obvious devotion to ABW.

Therefore, I am submitting this for the committee to consider approving the nomination of Mark for honorary life membership in order for it to be presented to the general meeting in July for ratification by the members.

Highlights of Mark’s Time in ABW