Rogaining – is it for bushwalkers? 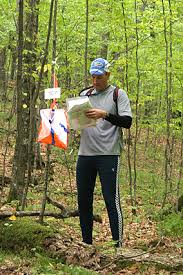 Rogaining is the name given to what is both a sport and a recreation and in it, teams of 2 to 5 people navigate across country on foot along a route of their own choice to collect as many control points as possible in the time available with events generally lasting 3, 6, 12 or 24 hours. Each event provides a different type of challenge physically but the 24 hour event is the classic and involves 60 or more control points covering 180 km2 or so of countryside. The word rogaining is the rebadging of what was previously known as the 24 Hour Walk which began in Victoria and was introduced to SA by the AUMC in 1963. ABW organized and set the physically demanding 24 hour event of 1969 which was based at Waterfall Gully with the controls located along the escarpment and in the hills. ABW ran its own annual 12 Hour walk for several decades until it died out about eight years ago due to lack of support. Despite that, there are a number of ABW members who are currently very actively involved in rogaining.

So what’s the attraction for bushwalkers? Top of the list of course, is that rogaining is a lot of fun and I can hardly think of a happier looking bunch of people than those gathered around the fire at the end of an event enjoying the companionship and food while awaiting the results to be announced. (The food and catering never fails to be outstanding at these events!) But besides the fun, bushwalkers can benefit greatly from rogaining because it gives the opportunity to practice and improve navigation skills and perhaps the chance to discover that maybe you aren’t as sharp as you thought! Another benefit is that it helps you get fitter (and ditto!) and the 12 and 24 hour events also give you the opportunity to navigate at night. Several years ago there was even an ‘upside down’ 12 hour event run entirely overnight and based at Saunders Gorge with the map vetted by ABW’s Arthur and Ann Ward. 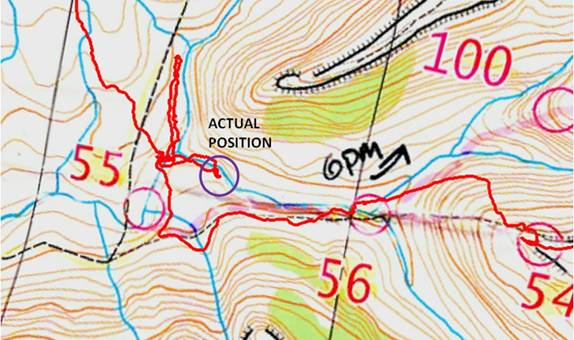 Rogaining can also be inspiring because it demonstrates what is possible! For example, the winning team at the national championships held on Holowilena Station (east of Hawker) a decade or so ago, covered over 120 km and completed the course with time to spare. Obviously that took great fitness but navigation is always the key. Most people go rogaining with friends but given the choice, most people wanting to do better at an event would look for a partner who is a better map-reader than themselves. Provided the map reading isn’t compromised, a fitter partner can also see you finish higher up the table. That may sound like a recipe for suffering but then I did say that rogaining is about having fun! You’ll soon forget the pain and you’ll be happy with the results.

You may be surprised at the distances you can cover during any of these events and it really brings home the fact that it is the weight of your pack and not the distance you travel, that can make bushwalking such a wearying activity.

From its humble beginnings in Australia (and the modern format was introduced in SA), rogaining is now an international sport with the 2017 World Championships being held in the eastern McDonnel Ranges in July. But that’s a distraction because it’s the many ordinary people who enjoy the challenge, social aspects and satisfaction of rogaining that are its real strength. In the past year, the very popular 3 hour event attracted over 200 teams while the 12/24 hour combined event was held for the first time at Warumba (Mt Craig-Mt Plantagenet) and had around 70 teams. The August 6 Hour event is special because it is a joint effort with the Asthma Foundation and the support is so high that Foundation members and regular rogainers now use the same map on different days of the weekend. You automatically become a member of the SA Rogaining Association when you enter any event and you can find out more and see the 1916 calendar and the results of past events at sa.rogaine.asn.au. To answer the question in the title, yes it is! Rogaining was invented by bushwalkers and you won’t regret giving it a go!

Its’s also worthwhile for bushwalkers to consider doing at least one event in Orienteering S.A.’s bush-based winter orienteering season (April to September). That will really put your navigation skills to the test because, contrary though it may seem, navigation is harder with orienteering’s large scale 1:10,000 and 1:15,000 maps than with the 1:40,000 or 1:50,000 maps used in rogaining. This is because the larger scale maps have you interpreting much subtler landscape features and which has been put on the maps by field inspection and survey done by the orienteering association. Vegetation densities and edges, stony patches, ditches, significant boulders and even minor contour detail are all mapped. Events have several courses generally ranging from 3 to 12 km to suit different age groups or your own choice. Unlike rogaining where teams choose their own course, orienteering courses have a set order of the controls with the entrants setting off at one minute intervals. Also unlike rogaining, there’s hardly any chance to relax the brain in orienteering because the ground is moving too fast due to the map scale but then again, the courses generally only take 1 to 11/2 hours. As with rogaining (and bushwalking for that matter!), the key is to always know your position on the map and to always have the map oriented to magnetic north. The experts appear to do this effortlessly and it saves a lot of time but it takes practice. The top orienteers in fact use a ‘thumb compass’ worn on the thumb and with no rotating plate. It indicates ‘North’ and nothing else. The thumb compass was invented by a Melbourne-based orienteer and is now manufactured and used worldwide by orienteers.

Orienteering can appear to be a more competitive activity than rogaining but the fact is, most people do it to enjoy the personal challenge and competition is not their prime motivation. You can walk or run but there’s no point in going faster than you can think. I’ve been taught this sometimes expensive lesson many times but that doesn’t imply I run fast! To find out more and about coming events, go to
www.sa.orienteering.asn.au

Links in this article