The Gentle Art of Bushwalking Leadership

There can be few things more disruptive on a bushwalk than the rallying cries of an apparently anxious leader at some ungodly hour of the morning. Why some of them persist with this morning ritual is a mystery because, aside from being just plain irritating, it rarely seems to achieve the desired outcome. And let’s face it, if the countdown stated at 60 minutes, some of us still wouldn’t be ready to leave on time! The worse example that comes to mind happened on a club walk a few years ago. 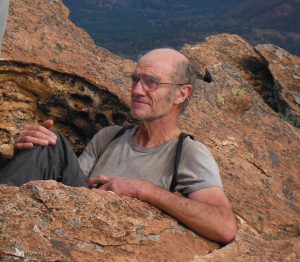 There can be few things more disruptive on a bushwalk than the rallying cries of an apparently anxious leader at some ungodly hour of the morning. Why some of them persist with this morning ritual is a mystery because, aside from being just plain irritating, it rarely seems to achieve the desired outcome. And let’s face it, if the countdown stated at 60 minutes, some of us still wouldn’t be ready to leave on time! The worse example that comes to mind happened on a club walk a few years ago.

‘Good morning guys, time to rise!’ ‘What?!!’ A short silence was followed by ‘Whoops! Sorry! It’s only 6.15, I thought it was 7.15…. I couldn’t see my watch properly in the dark!’ This was only day two of the trip so I put it down to leader anxiety and I can’t recall now which of the party told the offender to ‘kindly put a sock in it!’ or words to that effect before we tried to go back to sleep.
In defence of leaders though, it’s only fair to acknowledge that they in turn often have to deal with challenges posed by anxious members of the party and a particular example comes to mind.

‘Which way now? You’re the leader!’

Well I suppose I was but as there were only the two of us I hadn’t given it much thought. The stress put on ‘you’re’ rather stunned me and it seemed to preclude taking my preferred cooperative approach to dealing with problems. The problem we faced was what to do about an island of thick melaleuca that was in the way.

The obvious answer was to step back (yes, I had almost crashed into it in my sometimes witless way of walking) and walk around it but the pressure I now felt blocked the rational thinking needed to do this. The next thing I did was to blurt out in my best Paul Hogan imitation ‘No Probs. Straight ahead. Follow me’ and with that, plunged in head first.

A scratchy but thankfully short struggle followed for we soon burst out the other side. It was sheer genius on my part surely, less than an hour after we set out, to bump into the only patch of scrub to be seen in a thousand square miles of barren plains. The sheer ridiculousness of it all should have reduced us both to fits of laughter but it didn’t and instead, my companion remained unamused. I felt a bit peeved but we moved on and I soon got over it.

I haven’t always been fully convinced about the need for bushwalking leaders and this attitude came about when, on the first occasion that I was to ever lead a club walk (in my student days long past), I didn’t turn up and according to a published account of the walk, the party got along fine without me and while I wasn’t exactly offended by twice being referred to in print as their ‘leader in absentia’, I considered that the term’s repetition was uncalled for. And no need to rub it in!

That trip was four days in the Heysen Range and while the reason for my last-minute abandonment was accepting a late invitation to join friends for a week in the snow, just how I excused my absence remains confidential except to say that I had to choose my words very carefully.

My past difficulty with leadership I suppose is that I probably wasn’t born with leadership qualities. I never bossed my parents around as a toddler, for example. Despite that, I needed to gain leader status in the club so that I can put my own walks on the calendar and getting there has been a long and sometimes rocky road.

According to my own self-assessment. I had generally thought of myself as a ‘reasonable’ leader but then I suppose my standards were low. I rather like the approach of an interstate club that has trip ‘coordinators’ and avoids the term ‘leaders’ even though those roles seem to be little if at all different. Leader! Just hearing the word used in reference to myself used to throw me into panic and make my brain go kind of funny.

Before finally attaining leader status in the club, I reckon that I’ve experienced just about ‘the lot’ including mutiny on that infamous all-wet June long weekend at Parachilna a few years ago. What other word but mutiny is there to describe it when the mob party decides to return to base when the day’s walk is only half over and with no prior discussion with the leader?

In their defence, I did perhaps adopt a style of leadership which may have been perceived as being either absent or uncaring, or perhaps both. (I may have been influenced by an article on bushwalking leadership that told how some of the best leaders have the knack of being both effective and inconspicuous at the same time and perhaps I overstressed the latter of those traits.) But regardless of whose fault was the greater, if they were unimpressed with me then the feeling was mutual! Ah group dynamics!

I’ve come to the conclusion that the basic tenets of good bushwalking leadership are to make sure people know what they are going to be doing each day and then it’s a matter of seeing it through and being aware of the group and the individuals in it. Or to use the modern phraseology, being sensitive to their needs. Yes and that includes rest stops. I know all this! There are several valid styles of leadership and they may need to change to suit different situations but in the end, it’s a matter of knowing what’s best to do and being confident. And confidence is the key! And if either of those fails, do as one of our helpful leaders so succinctly put it to me one day (and you might be surprised to know who that might be!), just bluff. Apparently it nearly always works!

Apart from the walk itself, there’s the planning and I think that most leaders would agree with me that planning and getting a trip prepared for the club’s calendar can be a pretty time consuming affair. Deciding where to go and planning the route is the fun part while the rest – sorting out the details etc. and getting them in a fit state for the club calendar – is just hard work.

I may be wrong but people don’t seem happy signing up for a trip say to the Flinders, on the promise of being taken on a magical mystery tour. (And why not I ask?) Instead, they seem to want to know exact details of the route, the daily distances and climbs, campsite details etc. in advance and preparing all that stuff can takes a fair bit of effort. Details like trying to shorten a day’s walk and possibly needing to alter it a bit to camp near water is an example. In the end, if the trip is a success and well supported, the effort brings its own reward.

Just on the topic of just how much detail needs to go into planning, I like the late Chris Brasher’s (English Olympian, fell runner and adventurer) approach to walks where he wrote that the best ones are often those ‘designed on the back of an envelope’. This is inscribed on a commemorative plaque at the walker’s hut at Honister Pass in the Lake District.

But I’m afraid that approach probably doesn’t wear well in bushwalking clubs these days. Certainly, it reminds me of my carefree university bushwalking club days when we would sign up for say, a Gammons walk with very little idea of its detail.

With regards to planning trips, I wonder if the advent of personal computers has increased rather than decreased the amount of work required to get the job done and mainly I think, because peoples’ expectations are now higher. Certainly, like probably nearly everyone else, I put in far less effort into planning private trips compared to club trips of the same type and duration.

While on this topic, I can’t help but think back to fond memories of one of the best day walks I’ve done in the Flinders though it caused me to think seriously for the first time about leadership. It was a long, hot and sometimes exciting day with a steep climb from Bathtub Creek to Iralbo Hill and Kankana in turn. The problem was that what started out as a party of four (with two of them having hardly any walking experience outside of London’s built environment) returned to base as four parties of one with myself the last back.

As I traipsed back to Aroona in a very thirsty state, I had plenty of time to reflect on my leadership that day. (I rose to the occasion when required but the day suffered from a lack of planning and provisioning. Letting people peel off the group on three widely separate occasions exacerbated the situation.)

On my return, I could feel the mood needed lightening and after slaking my thirst, came up with ‘What about dinner and drinks at Blinman Pub tonight?’ This was greeted with noisy acclaim and we packed up and set off immediately and once there, carolled late into the night.

The publican ended up offering us a free night’s accommodation and for this we were very grateful. I suspect he may have felt morally obliged to do this as we had certainly swelled his coffers at the bar that night and were hardly in a fit state to be turned out into the dark to fend for ourselves. But what a day and in the end, what leadership!

As with most other pursuits and despite your best efforts, things can still go haywire. It’s time then to let humour come to the fore and the quotes below about leadership may help here and are from Tandanya.