Walking In The Central Pyrenees

This ten day loop walk was based in and around the Parc National des Pyrenees in France and the Parque Nacional de Ordesa y Monte Perdido in Spain. The loop combined sections of the three main trans Pyrenees walking trails: Le Sentier des Pyrenees GR10 (France), La Senda Pirenaica GR11(Spain) and the Pyrenean Haute Route. I used the Cicerone guides for these routes as well as some maps I had acquired through book depository and some web blogs for route planning.

This was my first trip to the Pyrenees and it turned out to be a beautiful region of mountain passes and small glaciers. The lower areas were dense forest, alpine lakes and meadows. Cattle and goats were often in the meadows and we saw marmots and vultures or eagles most days.

The trails were largely well maintained and marked and were typical rocky mountain trails for the most part. Trails crossing the border between Spain and France were less well marked and used. We used the network of refuges that are run by the French and Spanish alpine clubs for accommodation. These accommodated between 60-80 people and were very well organised. They catered for dinner, breakfast and picnic lunches and served beer and wine! Walkers sleep in bunk beds and most provide hot showers, a pleasant surprise! On the GR10 and 11 you regularly came across other walkers.

I hadn’t been there before so we needed to make some tweaks to the original plan which turned out to be somewhat ambitious for a couple of the days. This was quite easily done as there are many alternate trails. We had some long days of 25-29km and a few days of steep ascents and descents of over a thousand metres. Luckily there was dinner and wine waiting for us at the end of the day!

Thank you to Pam, David, Zoe and Ben for taking the risk of signing up for this walk! 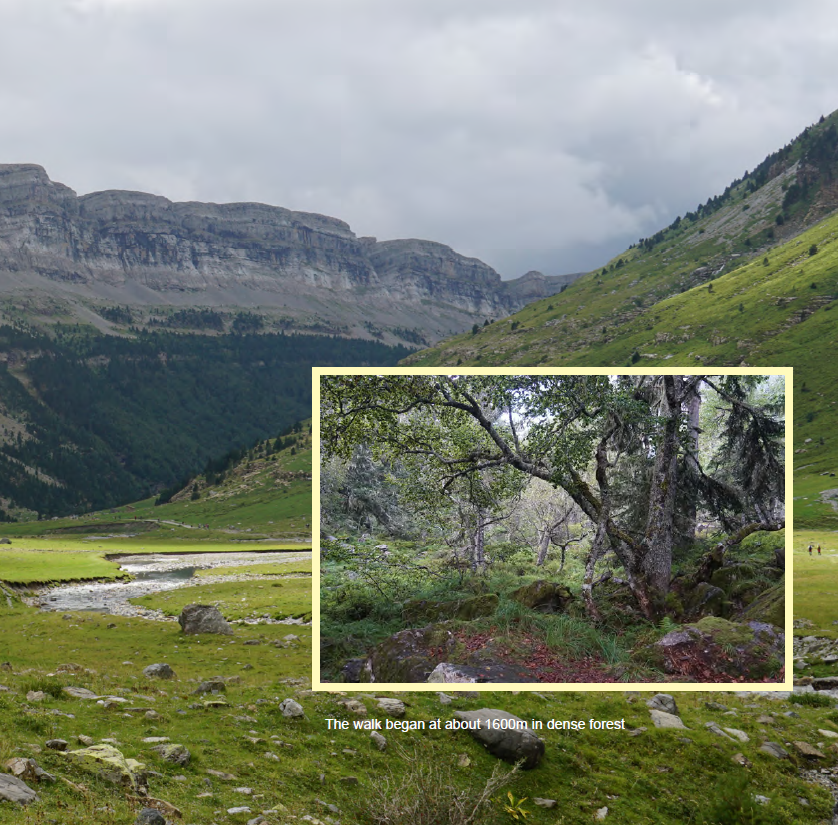 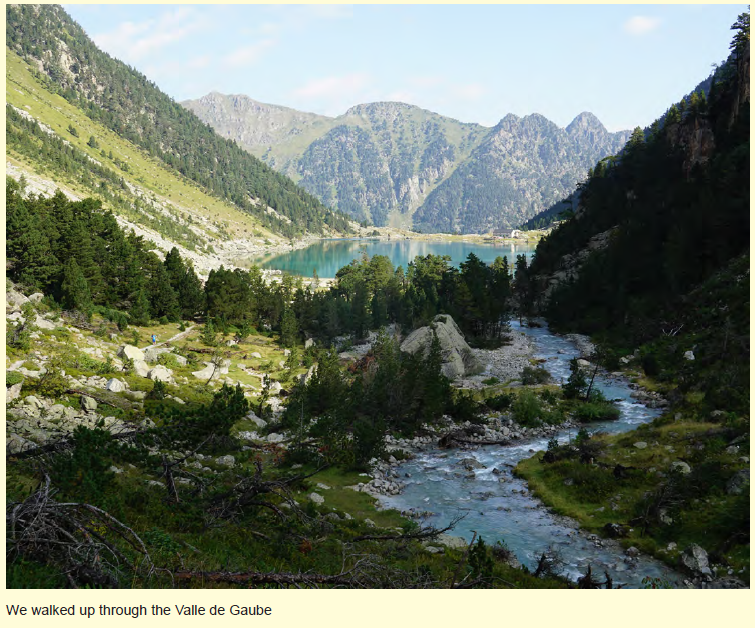 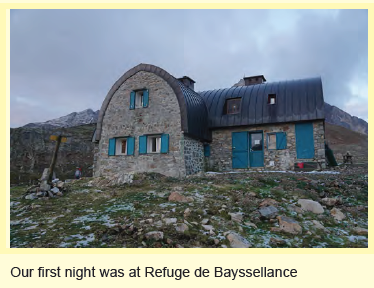 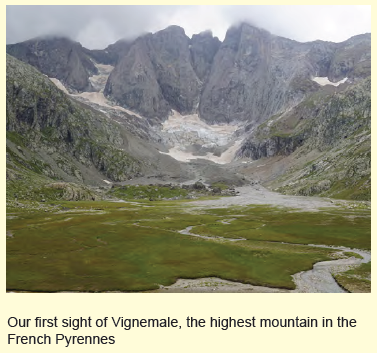 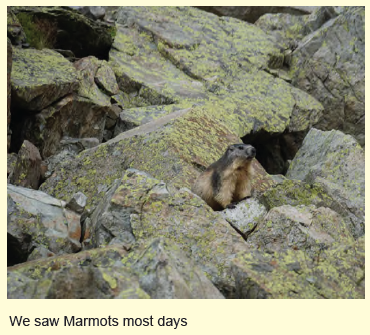 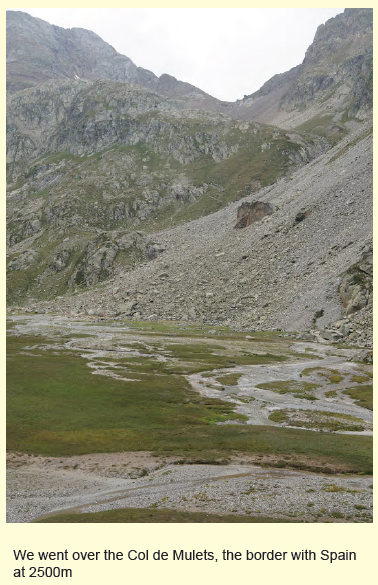