Making Each Place You Visit Better By Having Been There 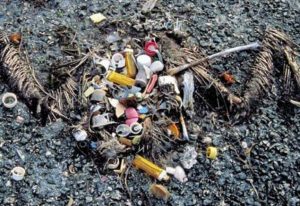 I was in Bateman’s Bay a couple of years ago walking along the rugged beach line when I came across a bloke about my own age. We talked and I discovered he was, like me, retired. He was a Quebecois French Canadian and a former academic sociologist who had been travelling in Australia for seven months by himself.

I asked him if he ever got lonely and he said he did; very lonely in fact. Which I guess is why in the half an hour or so we spent talking he got about ten million words in while I managed a hundred or so. Even so, he was very interesting with some very provocative views.

About half way through our conversation, this self-confessed ecologist opened his back pack to show me its contents. It was full of rubbish. He pulled out a can and explained that wherever he was in the world, he always carried a bag and picked up any rubbish he came across so as to leave any place he visited in better condition than before he came.

I have always picked up rubbish but for a slightly different reason. I don’t like to see pristine places of beauty trashed.

Nevertheless his statement did, and has since, inspired me. So even on a bush walk, where weight is everything, I still pick up rubbish, more so if I know I am going to come across a place where I can leave it for collection. Or I know it weighs less than the food I am consuming on the walk.

So fellow walkers, consider leaving each place you visit better for having been there by picking up at least one piece of rubbish. And if you must choose, go for plastic which is virtually indestructible.