Night Skies for Bushwalkers this Spring

Spring nights are getting shorter and warmer, so you are less likely to get hypothermia when viewing our splendid spring stars. You will still need to rug up when you walk away from the campfire to catch our spring gems. This spring, most of the bright planet action is in the morning skies, so you have to be prepared to get up early. 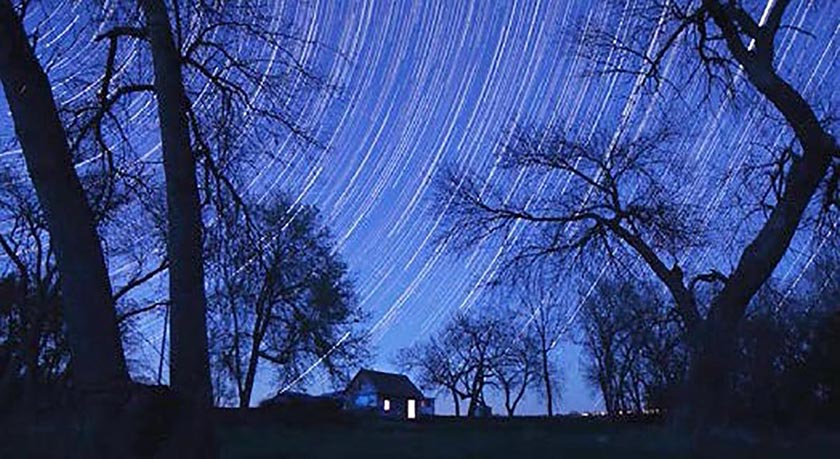 Spring nights are getting shorter and warmer, so you are less likely to get hypothermia when viewing our splendid spring stars. You will still need to rug up when you walk away from the campfire to catch our spring gems. This spring, most of the bright planet action is in the morning skies, so you have to be prepared to get up early.

The nights of the spring Full Moons are Monday September 28, Tuesday October 27 and Thursday November 26. Nights on and around the full Moon make moving around camp easy, but the bright Moon washes out the glorious stars.

Of the three bright planets that graced the winter skies, Venus, Jupiter and Saturn, Venus and Jupiter are visible now in the morning sky in early spring, joined by Mars. Mars and Jupiter come very close together in mid October. Bright Venus is easily recognisable as the brightest object in the eastern morning during twilight in early September. Venus then climbs into darker skies in the early morning. On September 11 the crescent Moon is between Venus and Mars. Venus is reasonably high in the sky from mid October to November. In October and November Venus, Mars and Jupiter form a line in the morning skies

On Friday October 9 the crescent Moon is close to Venus and the pair forms a line with Jupiter and Mars. In fact the Moon covers (occults) Venus at this time. Venus goes behind the bright crescent at 4:55 am ACDST, although the pair will be close to the horizon and hard to see, then reappears from behind the dark side of the Moon at 6:08 ACDST. While Venus exits the Moon in twilight, it will be easily seen,

On October 10, the Crescent Moon, Mars and Jupiter form a triangle in the ealy morning sky with Venus above them. On the 18th Jupiter and Mars are at their closest. After this Jupiter approaches Venus, and the two are closest on the 26th. Venus then approaches Mars, and the two are closest on November 3. There after the three draw out into a line which is visited by the crescent moon on
November 7 (close to Jupiter) and November 8 (close to Venus). 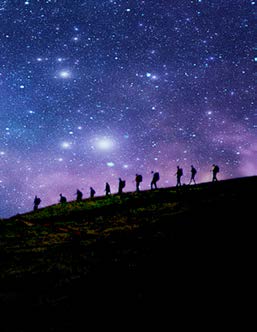 Jupiter is lost in the twilight until late September, then it is visible in the morning above the north-­‐ eastern horizon not far from Venus for the rest of spring. Jupiter is easily recognisable by its brightness and its warm yellow colour. This contrasts with the dazzling white of Venus. During October the pair come closer, and are closest on October 26. If you have binoculars with you, Jupiter’s Moons are easily seen in even small binoculars.

Although Mars has entered the morning sky before spring, it is quite low in the twilight and quite dim. It will be late September when it will be high enough and out of the late twilight to be easily visible. For most of spring its distinctive red colour (more orangey really) and proximity to Jupiter and Venus.

Swift Mercury is at its best in September, it is easily visible in the late twilight to early evening as the brightest object above the western horizon, below the bright white star Spica. On September 15 the thin crescent Moon is to the right of Mercury, and on the 16th it is to the right of Spica. By the end of September Mercury is lost to sight, and will be to close to either the Sun or the horizon to see for the rest of Spring.

At the start of spring, the distinctive curled question mark of Scorpius the scorpion is high in the western sky, but it gets progressively gets lower, dissapearing at the end of November. Facing west, the head of Scorpius is defined by three bright stars a bright red star in the body of the question mark (Antares). Underneath and slightly to the right of the head is a brightish “star”. This is the planet Saturn. During spring Saturn moves towards the head of the scorpion, and finally enters the head in late October. The Moon is close to Saturn on September 19, October 16 and November 13. The latter event is close to the horizon in the twilight.

Another obvious constellation is Sagittarius, the archer. Or rather, for Australians it is the distinctive grouping of stars below the curl of Scorpio’s tail we call the “teapot”. The teapot is upside down, with the lid facing the horizon, and the spout pointing towards the tail of the Scorpion. The centre of our Galaxy is here, between the spout and the Scorpions tail. At the start of spring, the Milky Way arches across the sky, however as the months go on it lowers towards the western horizon, and is lost to view in late November. The Milky Ways glowing star-­‐clouds and dark dusty lanes are still excellent for most of Spring though.. If you have a pair of binoculars on you, hunting around the tail of the Scorpion will show a wealth of open clusters and nebula.

The eastern horizon, in contrast, is devoid of bright and interesting constellations for most of spring. By the end of November, Taurus, Orion and the bright star Sirius can be seen gracing the eastern horizon around 10pm. In the north, the only readily distinguishable star is bright white Altair. Flanked by two dimmer stars, this is the heart of the constellation of Aquilla, the eagle.