Many of us have received tuition in first aid and in how to treat a patient for snakebite. Immobilise the injured limb and apply a pressure bandage along the affected limb. Easy. But how tight does the bandage have to be? We're getting it wrong, this product fixes that problem. 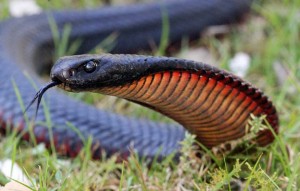 Many of us have received tuition in first aid and in how to treat a patient for snakebite. The rough idea is to calm the patient, lie them down and immobilise the injured limb, preferably with a splint. Then to inhibit the passage of the snake’s venom through the lymphatic system, you apply a pressure bandage along the affected limb.

Easy. But how tight does the bandage have to be? You may have got it right after a few tries in front of the first aid instructor but can you still remember how tight that is? 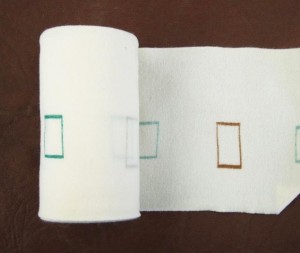 A Swedish company has taken the guesswork out of the task with the Setopress medium/high compression bandage. The key feature of this bandage is a series of rectangles printed on the bandage. If you stretch the bandage until the rectangles resemble squares then you have the right tension. And the rectangles also give a guide for achieving the half width of overlap for each turn of the bandage around the limb. Finally the Setopress bandage is 3.5 metres long which is sufficient to wrap a leg from toes to knee or an arm from fingers to armpit.

Remember that the purpose of the pressure bandage is to suppress the lymphatic system from allowing the snake venom from reaching the vital organs of the body. So you leave it on until medical help arrives to take over the treatment with anti-venom or other suitable treatment.

Gaiters are also a good protection against snakebite. They form a barrier for the most common point of the bite, are generally helpful against Australian snake species which have smaller fangs and you may be fortunate enough for the gaiter to provide an air gap between your leg and the point of the bite.

Setopress bandages are available from Australian medical suppliers for $15-20 each.

If you have any Gear Tip ideas which might be useful for other club members, please contact us.